For those interested, shown below are a few very rare pieces from my private collection. The M-1948 fishtail parka is the ultimate mod parka and very rare in itself. The first two parka coats shown below are experimental prototype models for the M-1948 fishtail parka. The other listings shown are rare Japanese produced M48 parka liners. Please feel free to send us any photo's of rare mod parka coats that you may own. We will pop them up on the page.

We BUY rare mod fishtail parka coats so please contact us if you have a rare piece for sale.

The rarest mod parka that we have ever come across. This M-1948 prototype parka pre-dates the ex-1 model. You can clearly see a crossover from the M-1943 parka to what was become the ultimate M-1948 mod parka. The camoflage liner is stunning although I guess you would actually stand out if wearing just the liner :) There are two internal points for fastening the liner sleeves to the outer shell. M48 parka's normally only have the one. There is no left sleeve cigarette / pencil pocket. The outer shell fabric is that of ex-1's, poplin material used later for M-1951 and M-1965 fishtail parka's. The zip is by Talon as per production M48's. The hood trim is wolverine fur which is the best and most expensive fur. Frost will not form on wolverine fur hence why the U.S. Army chose wolverine fur for their cold weather parka's. The label shown indicates that this experimental model was produced in 47 (1947) and that it is an 48P (M-1948 prototype). We purchased this parka from a friend of the business who is a collector and somewhat expert on U.S. Army / Korean War military gear. He inturn, acquired the parka coat directly from the grandson of a Major General in the U.S. Army. Apparently, there is one other known example that sits in a museum. A very rare parka indeed!! 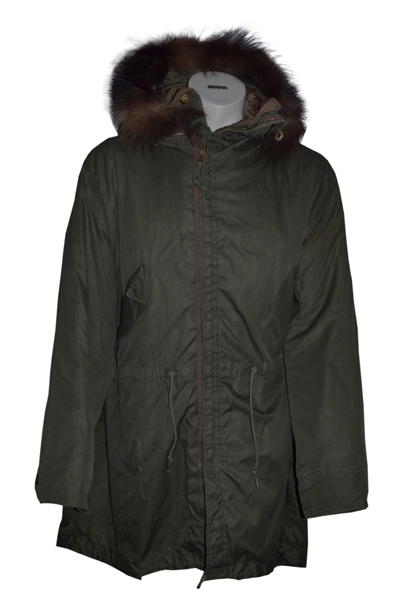 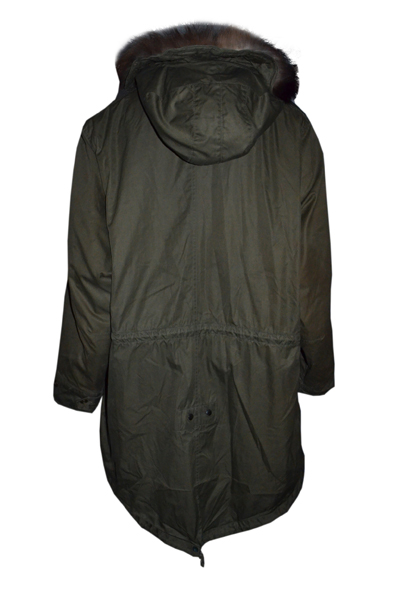 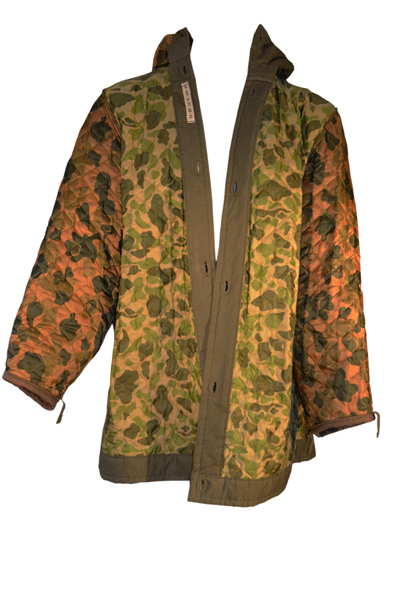 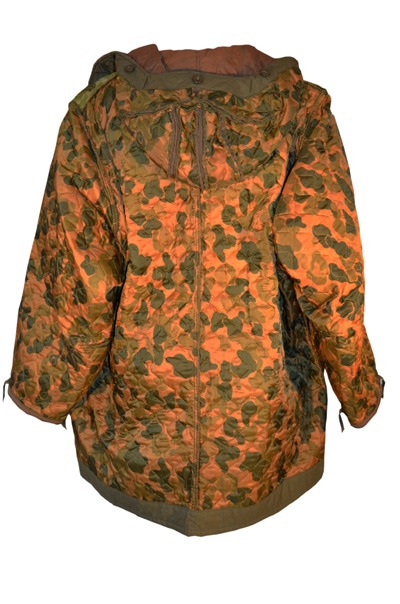 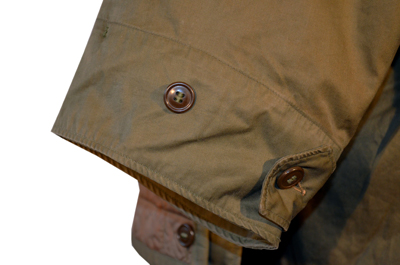 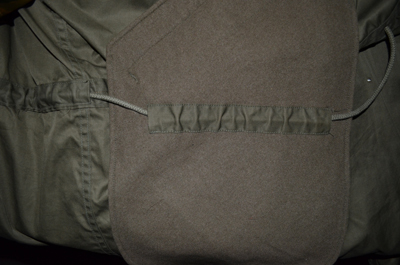 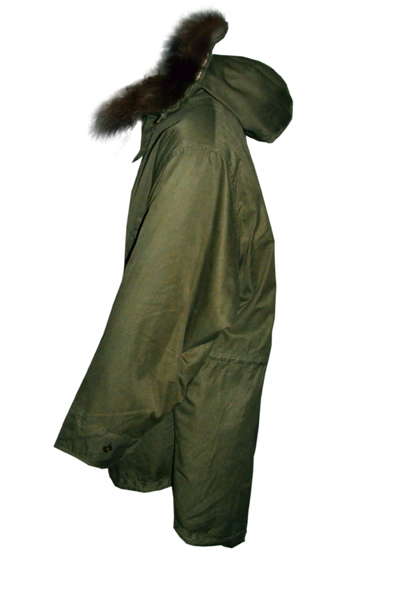 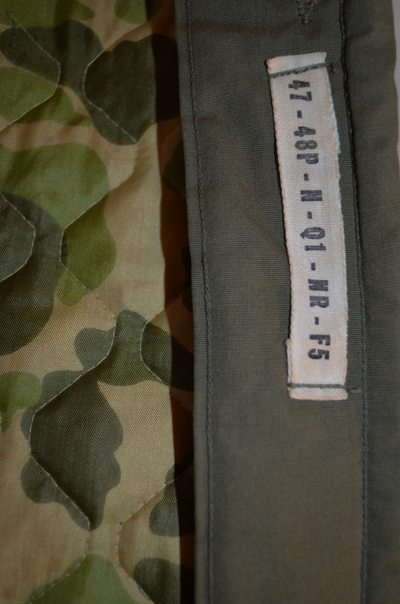 The Ex-1 experimental prototype model is famous for having a fibreglass liner. As you can imagine, the parka coat is ridiculously warm due to the fibreglass lining. The outer shell material is again poplin which is a cotton and nylon twill. The outer shell on production M48 parka's was made from cotton sateen which is a heavy cotton with a very tight wind resistant weave. Quality wise, the cotton sateen is superior to the poplin in my opinion. The weight and look of a parka made from cotton sateen just oozes quality. The hood is trimmed with wolverine fur. The zipper is by Talon. In the photo third row down, the cutters tag can still be seen. We also have an M-1948 ex-2 prototype fishtail parka which I will get around to photographing in the near future. The ex-2 uses a wool pile liner which was chosen for production M48 parka's. Hence, no ex-3 was required, or ever produced. We have only ever come across the one ex-2 model in 20 years. I guess no one alive these days would know how many ex-1's were ever produced. Personally, I have known of around a dozen in the last 10 years. A super rare parka!! 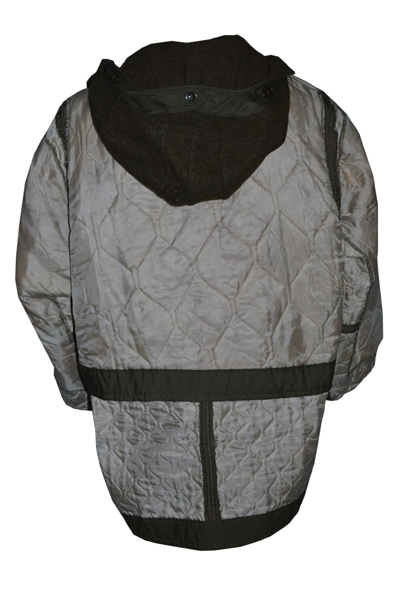 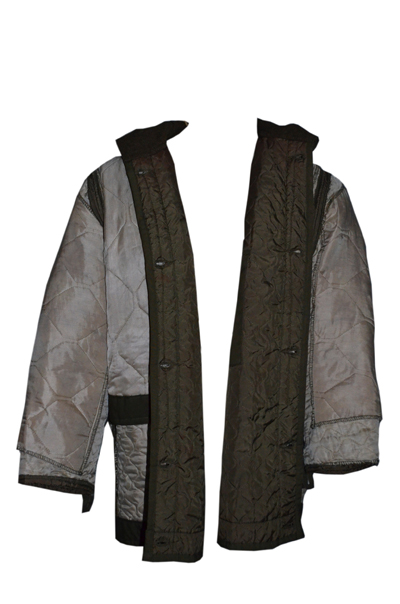 A quilted silk M48 parka liner of the highest quality. An absolute thing of beauty and we have only ever come across the one. After World War 2, the U.S. Army occupied Japan and to help with a supply shortage of cold weather gear for the Korean War, M-1948 parka's were produced in Japan. Personally, this is my favourite liner for the M48 parka. It is still very warm, but far lighter and nicer to wear. The M48 wool pile liners weigh a ton and are like walking around in a kingsize duvet. All very good if you are stuck in the arctic, but not for riding around on your scooter in the UK. Also, the wool pile liner is very thick and puffs the parka coat out, giving an undesirable look when wearing. We have reproduced the M-1948 fishtail parka and they should be available to buy mid October 2016. We have based the liner on this original and used mulberry silk. 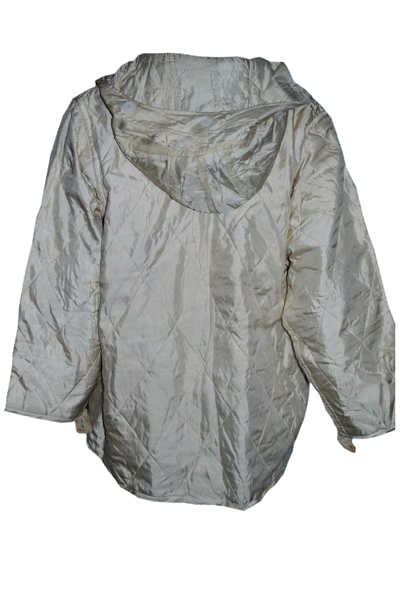 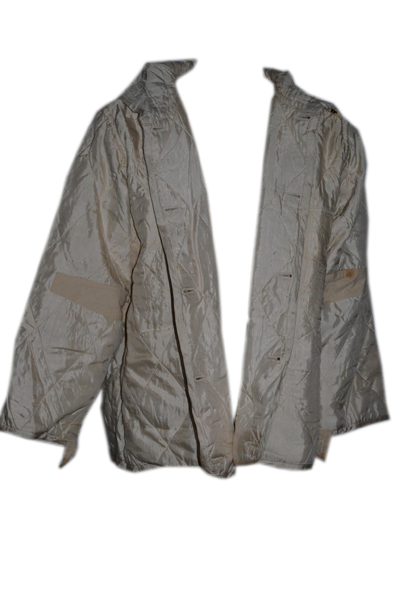 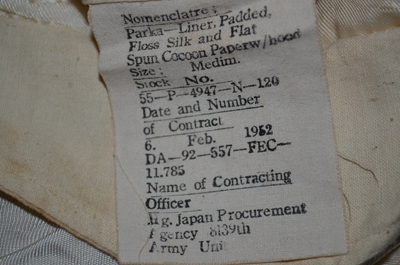 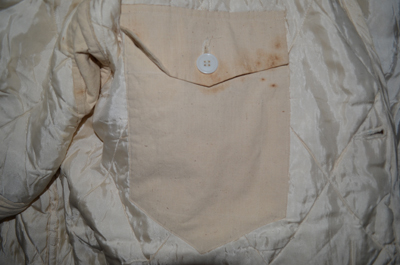 A white wool pile M48 parka liner produced in Japan after the second world war. Again very rare and I have only ever known of two examples in the last 10 years. I am guessing these are more common than the white silk version shown above. If anyone owns a Japanese produced M-1948 liner then we would love to hear from you. Also, if anyone knows how many were approximately produced. 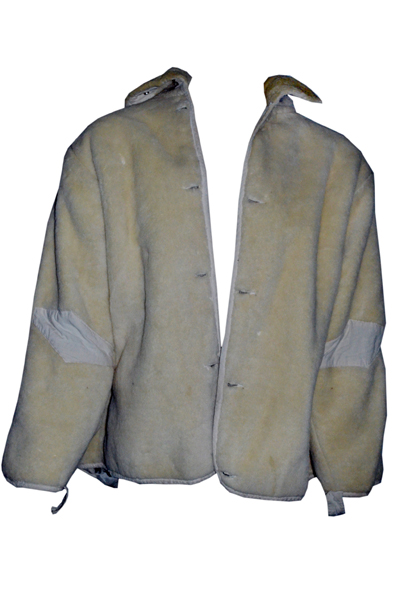 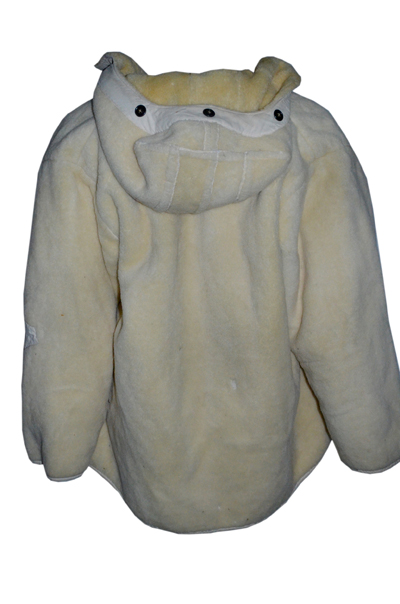 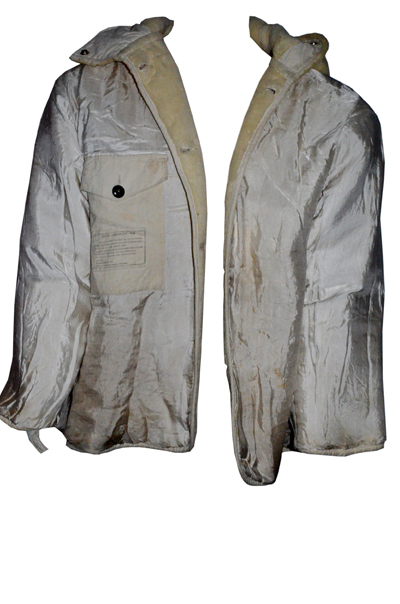 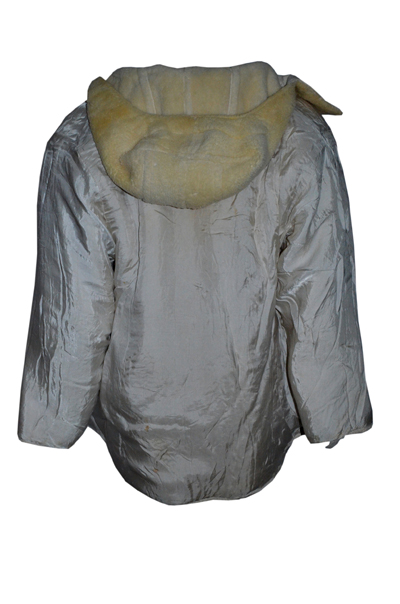 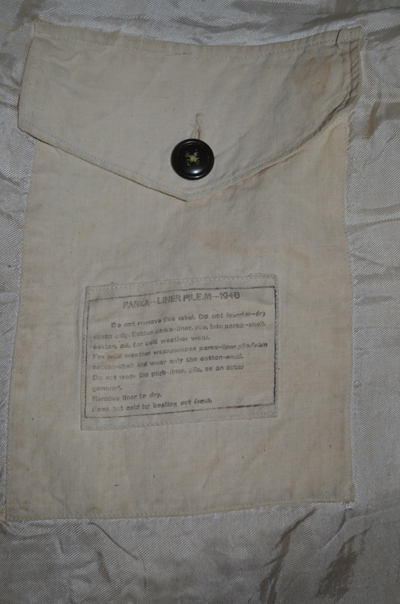 No part of this article may be copied, or reproduced without written permission from fishtailparkas.com

Emails are not being received or sent like they should. It is a Microsoft issue. We are very prompt in replying so if you do not hear from us then please also try the Stonetail email. Thank you.